Fixed: Image is blurry when resizing.

Advanced Portfolio Pro is the professional version of Advanced Portfolio. It is a Joomla! 3 and Joomla! 4 extension developed by ExtStore Team, supporting users to create a neat, flexible and effective portfolio-based site. The component manages projects by tags or categories. Each project contains a short and full description, easy image management, video and metadata options optimized for SEO.

Advanced Portfolio Pro features a clean responsive style enhanced with features to maximize your visual experiences in both list and detail view. 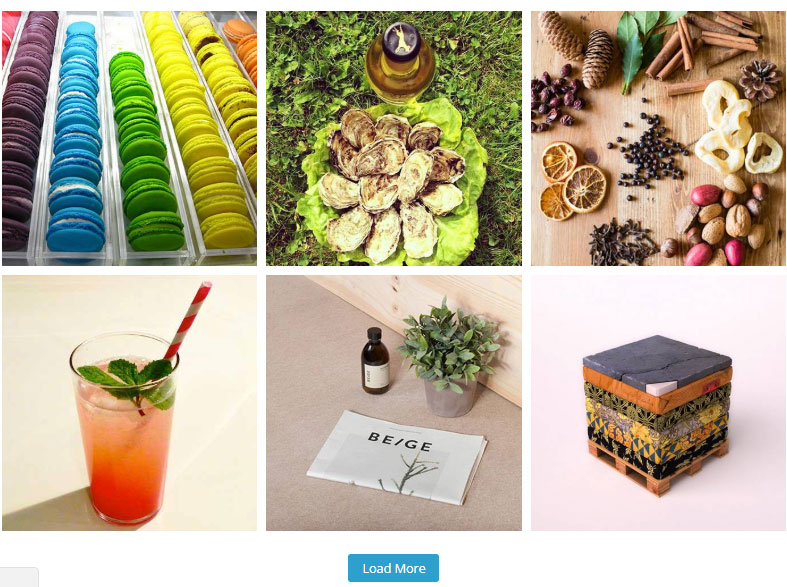 There are many options to configure color and button color of the overlay, show/hide title and category, show/hide Details/Permalink/Gallery buttons on the overlay. Gutter Width option helps you change width of space between columns and opacity of thumbnails is changeable as well. There are 3 Overlay Effects: None (simply cover), Animate (slide from left to right), Hover Direction (create direction-aware move).

If one project is marked as featured, it will display in bigger size than the others' in list view. 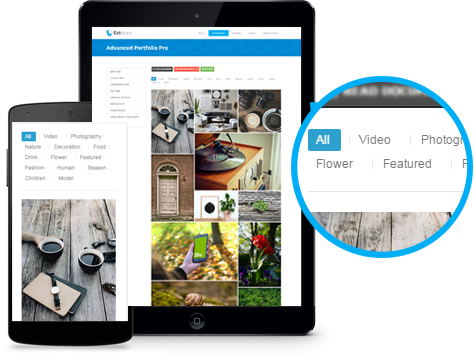 The Pro version allows you to filter projects by tags or categories. Each project can use as many tags as possible. All tags are managed and supported by Joomla’s tagging system.

Advanced Portfolio Pro module can be displayed in Grid or Carousel-style module. Especially, you can show Grid module in Joomla content or project’s description part. 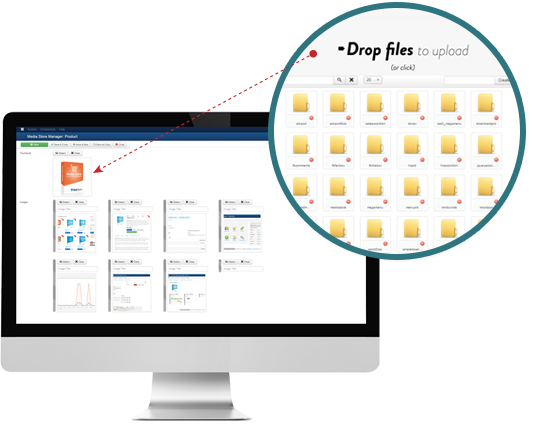 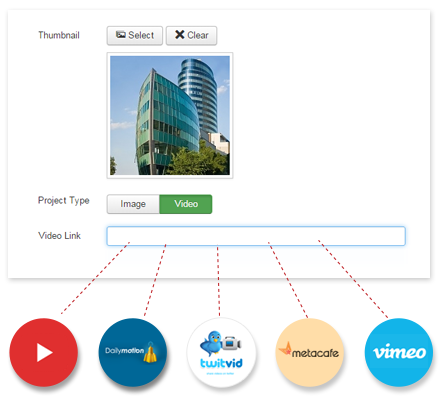 If you don’t want to show image thumbnails, you can use video thumbnails. Advanced Portfolio Pro supports video links from Youtube, Vimeo, Metacafe, Dailymotion and Twitvid. 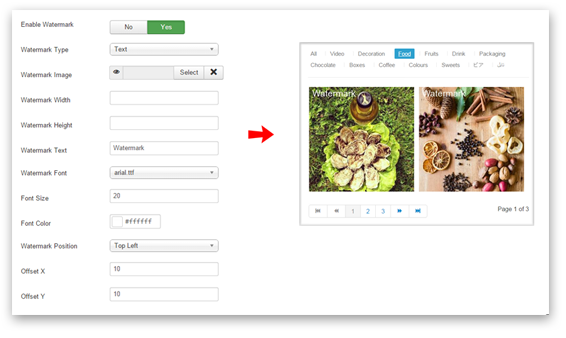 Advanced Portfolio Pro enables you to add text/image watermark on all thumbnails/images.You can change width/height of image watermark or font, size, color of text watermark. Watermark position is extremely active because of position and offset settings.

Your portfolio now gets more diverse by using Scale, Rotate, Translate and Skew effects for overlay. Plus, hover duration and delay time are configurable.

Please login before submit your review.
Don't have an account yet? Register Now!
Do you know you can download all extensions?
Just for $48
View Plans
Or
Continue Purchase
Choose Your Plan